Nothing about the surroundings were alien accept the mood. The tangy spice of decomposing cardamom pods intermingled with the odor of Cosmo’s own sweat. The bracken of the jungle floor, the high-pitched call of warblers, the distant chattering of the river from the base of the valley—these were the telltale signs of home. The fear and the cowering—those were alien.

A branch snapped nearby. A curious troop of Rhesus monkeys skittered upward into the tender, green branches of the jungle ceiling. Their shifting movements cast ephemeral beams of noonday light onto the jungle floor. The glinting rays revealed the presence of smoke filtering uphill. The acrid scent of burning thatch tickled the hairs in Cosmo’s nose.

He pushed further out from under the smothering embrace of his mother. The skin around her right eye had begun to swell and change from the color of chocolate to a bruised sunset. Despite her silent rebuke, Cosmo struggled to free himself like a snake shedding his skin.

The rustling of leaves some meters off focused his attention. He felt the eyes of a few dozen villagers doing the same. Surely militants could not travel so quietly through the jungle. Why was no one revealing themselves? Why were they not greeting the person who must be one of their own?

Cosmo gasped as his oldest brother, Aring, emerged into a small clearing beneath a banyan tree. The only one of the villagers to move, Cosmo burst from his mother’s grip. He lunged toward Aring but stopped short of embracing him.

The two boys locked eyes. Swollen and cut, Aring’s forehead and cheeks were smeared with blood, mud and bracken. The jungle paused for breath as tectonic plates shifted in a small boy’s reality.

Despite having barely reached his fourth year, Cosmo knew this moment changed everything. Had it not been for Aring, he would have been beaten by the soldiers—generic commandoes to a boy who had not been taught to identify their allegiance, but simply to run.

This morning there hadn’t been time. The soldiers had parked their Jeeps out of earshot and hiked over the hill. They’d streamed into the village like ants beneath the cover of cut leaves.

Cosmo knew the bruises up and down Aring’s bloodied body would have been aimed at himself and their mother. Cosmo’s eyes swelled. Certainly their mother would have sustained much worse than fists and the butt of an AK-47. Instead, his older brother had taken it all, allowing Cosmo and the others to escape.

Gunshots echoed from their village at the bottom of the valley. Cosmo jerked from his trance. Aring blinked, his eyes drifting out of focus. Swaying on his feet and dripping with blood, he maintained his defiance.

To Cosmo, his older brother’s face had been chiseled from solid rock and etched with courage—half monument, half man.

Slow and steady, Aring raised his arm and placed it around Cosmo’s shoulder. At this, their mother leapt to her feet and embraced them both. Even as the Rhesus monkeys returned to their lower perches for a better view, the rest of the villagers remained hidden by the jungle.

Days after the attack, the people of Cosmo’s village remained in the jungle. As long as the embers continued to smoke, the people waited. Their meager possessions had been burned, much of the village raised to the ground for no other reason than intimidation.

A generation earlier, the village defenses would have included a trench and a bamboo wall. More of the warrior-aged men would have been nearby rather than scattered abroad to earn a living. Two generations earlier, their only enemies had been other Nagas and the neighboring Kukis, a people who had long lived among the Naga. Three generations ago, the Naga had been proud warriors who treasured the heads of fallen enemies, stockpiling them in the Morung at the center of the village.

For better or for worse, all of that had changed by the 1970’s when Cosmo had been born into a second generation Christian family determined to raise their children under the peaceful banner of God. Unfortunately, peace would remain hard to come by in Nagalim (Land of the Naga).

After the embers cooled, some of the villagers rebuilt. Others, including Cosmo, his mother and his siblings, continued to live in the wild. They gathered corn, potatoes, rice and ghost chilies from the fields the soldiers had spared or failed to notice. They rounded up pigs that had scattered during the raid.

They shared with neighbors. They borrowed from the land. Even encroachment from the outside world had not alienated the Naga from the jungle. Soldiers could burn their village, but their jungle home would always remain.

When Cosmo’s father returned from his preaching circuit among neighboring villages, his family finally rebuilt. But for Cosmo, the fires the soldiers lit would burn throughout much of his life in the form of anger, guilt and regret.

He wished he would have helped—that he would have been brave like his brother. The need to become a warrior, for himself and for his people, ignited furiously inside him. The Naga’s struggle for self-determination had hatched in his heart during the first of many moments that would threaten to consume him or shape him into something great. 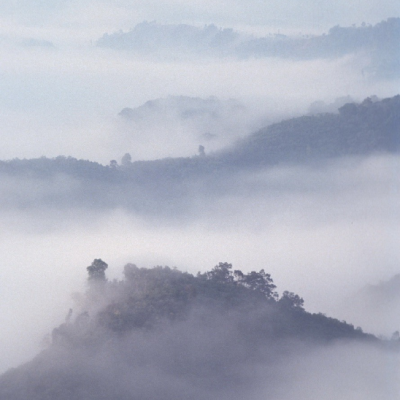