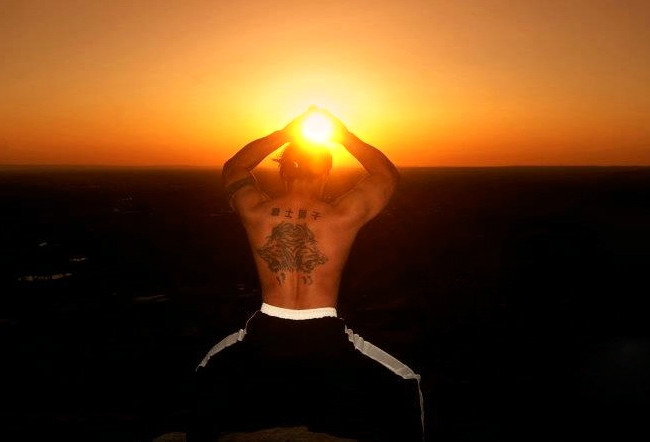 Cosmo opened his eyes at the slightest sound approaching him from behind. His senses quickly gathered how long he’d been meditating. The sky remained dark. The jungle had reached its quietest point during day or night. Dew had settled on his arms and legs. Within minutes, the first tinges of pink, orange and yellow would crest over the horizon like the ripe skin of a mango.

“How close did I make it before you heard me this time?” Damu spoke in a whisper.

“Between meditation and fighting, I don’t know how you have time for studies.” Damu sat beside his friend without stirring the silence of the early morning jungle.

“I only study what’s important.”

“I thought the teachers decided that.”

“To the teacher everything is important. That makes nothing important.” Cosmo had yet to move anything except his eyes and mouth.

“Profound. Is that the kind of crap you come up with out here in the jungle?”

Losing discipline, Cosmo punched his friend in the shoulder. Then they both sat still for several minutes.

“It’s quiet. You don’t get that in the city, or on the lake.” Damu paused, as if tasting the silence. “When I was a boy, the fisherman worked day and night. The surface of Loktak never rested. Then the government released the carp. They dumped them by the millions. Combine invasive species with pollution and fertilizers, and the lake is dying. There’s nothing for the Manipuri to do but drink or fight.”

The silence between the two friends thickened.

Cosmo slapped his thighs and jumped up like an uncoiling viper. “To drink is to surrender. The Manipuri’s only mistake is that they fight each other.”

Damu leapt to his feet. “You would have us fight the Assam Rifles? A street gang against an army of Jawans? You know better than anyone what they did at Oinam.”

Cosmo gripped his friend’s shoulders. “You think too small. Haven’t we trained our new recruits? Haven’t we grown larger and stronger than ever? Haven’t we become disciplined? Where you see quibbling street gangs, I see an army waiting for the right leader.”

Damu scoffed. “I suppose you imagine yourself as that leader? You forget your place.”

Cosmo shook his head. “No, I am not Manipuri. You are. These are your people.”

Damu sucked air through his teeth. “The other gangs would never listen to me.”

“Respect.” Cosmo wielded the word like a sword. “Three years ago you told me you hungered for it. Together, we could demand it.”

“Shhh.” Damu turned his ear toward the creeping sunrise. “Did you hear that?”

The teens froze for several seconds. After hearing nothing, Cosmo suspected Damu had stooped to fakery to change the subject.

“I guess it was nothing.” Damu breathed deeply. “You ready to head back? Imphal City is bound to have missed us by now.”

Cosmo sighed. “I should visit my parents first.”

“My mother misses me, and there’s only my sisters at home now.”

Damu stretched. “Suit yourself. You’ll never make it back before session starts.”

“My father’s pastoring a small church in Marao. If I run half the day, I’ll make it.”

“Good luck. I’ll be thinking of you this afternoon as I’m reclining in the shade at Kongla Park.”

Damu blocked the effort. The two friends sparred half-heartedly for a few seconds.

Cosmo held up his hands, breaking off the friendly combat before it got serious. “We’ll call it a draw.”

Damu laughed. “I guess I’ll see you Monday.” Nimbly, and in total darkness, he set out in a westerly direction. “May the jungle conceal your presence.”

“And you as well.” Cosmo closed his eyes. He listened to Damu’s footfalls fade. Minutes later, he flinched and opened his eyes. Without his knowing, the peace of the jungle had entranced him—until something had broken the trance.

An uneasy feeling hung over him as he jogged toward the village were he and Damu had spent the night. Normally, Cosmo would have packed his belt, canteen and gi inside his rolled up bamboo mat and slung the whole thing over his shoulder before leaving the community center. But Damu had been sleeping, and Cosmo hadn’t wanted to wake him.

By the time he reached the outskirts of the village, the mosquito buzz in the distance had grown into the unmistakable growl of a motorcade—a caravan of Jeeps. In the dim light of predawn, Cosmo sprinted toward the community center in the middle of the village. Smoke rose from chimneys, as the flicker of cook fires danced inside darkened windows.

Cosmo’s first impulse was to warn the villagers. But he couldn’t be certain of who played the cat, or who played the mouse. His mind raced faster than his body. The Jeeps showing up this morning couldn’t be a coincidence. Someone had given him and Damu up.

Cosmo swore under his breath and kept running, the community center within a hundred meters. Cosmo’s possessions were meager. He couldn’t afford to leave anything behind, especially not his belt and gi.

He just had to get his stuff and clear the edge of the village. In the jungle, in the dark, no one would find him. But the growl of engines grew too quickly.

Roads in Nagalim, where Cosmo had grown up, were intentionally serpentine—constructed as early detection systems during decades of constant conflict with India’s Central Government. In Manipur, many of the roads were built for convenience, without considering whose convenience they’d serve.

He skid to a stop and scoured the dark for his things. They weren’t where he’d left them. Something didn’t feel right. He stretched his ears for any indication of human presence. What he heard was the release of the charging handle of an AK-47 as it chambered a 39mm cartridge. 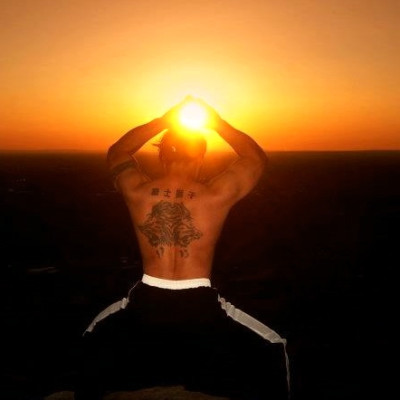